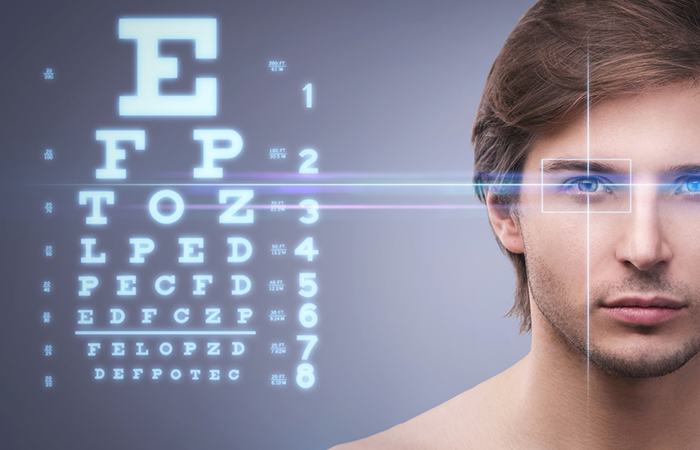 With evolving times, lasik surgeries in India has seen umpteen advancements & progress. They have proved to enhance the vision of millions by reducing the need for corrective eyewear to see clearly. Contoura Vision Eye Surgery is another leap in Lasik Surgery aiding your eye surgeons in creating a customised lasik procedure to improve the quality of your eyesight.

Contoura Vision is the latest FDA approved lasik procedure which optimally reduces the corneal irregularities of your eyes.

As per the clinical studies, Contoura Vision Eye Surgery has helped 30% of the patients achieve better than 6/6 vision (an ability to see at 6 metres what an average person can see at 6 metres). Thus, helping them see better without glasses than they did with the glasses.

What makes it so unique?

The key striking feature of Contoura Vision is the fact that it adds a technological edge to the treatment over the regular lasik surgery. While the previous laser vision correction techniques have successfully offered patients incredible precision & accuracy while reshaping the cornea and addressing visual refractive errors, Contoura Vision takes the treatment further.

How its so unique?

Instead of just treating the eyeglass prescription, it utilises unparalleled diagnostic capabilities, i.e. a three step correction technique using a Femto Laser, Excimer Laser and a Topolyser , to identify & record the minutest imperfections in the curvature of cornea thereby providing an aspheric correction of spectacle power while also correcting your corneal irregularities and working on visual axis. (Our eye has two kinds of axis, namely, Pupillary Axis which passes though the centre & Visual Axis which passes through the line of sight, they’ve a difference of 5 degrees. While other laser procedures treat on Pupillary Axis, Contoura Vision is directed towards Visual Axis). Post which the measurements are combined with eyeglass prescriptions to give your eyes a better focusing surface, thereby deriving a much superior visual outcome. Not just that, even a lot of the side effects of various other Lasik procedures such as light sen-sitivity, difficulty in night driving, difficulty in reading, glare, starbursts, halos tend to diminish with Contoura Vision.

The prerequisite criteria to undergo Contoura Vision Lasik Surgery are :